We are finally back in our house. Everything but a few minor things need to be completed but we're just glad to be back in our own beds. One thing we did before we moved in was hire an awesome maid service to come out and clean the house. It almost sparkled when they left. I told Travis I'm going to have to figure out a way to have them come out at least once a month.....it's so worth it!

Since we knew we would be back in our house by March 21st we decided to celebrate Cade's 2nd birthday on that day. His actual birthday is Feb. 16 but since we had so much going on with the flooding incident we post poned it until we could be back in our house.
On his actual birthday we took him to get his 2nd year pictures and to eat chicken nuggets at the mall- oh and we rode the carousel. We also had a cupcakes sprinkled with Thomas confetti. Here 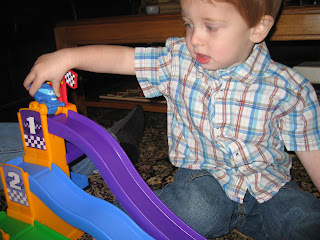 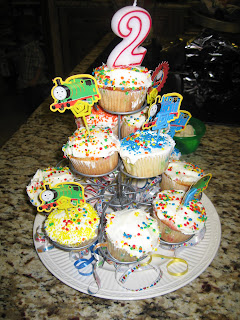 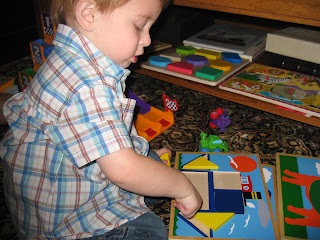 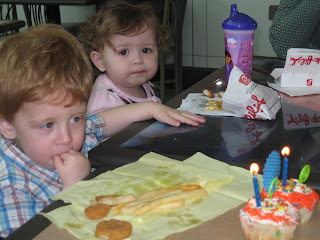 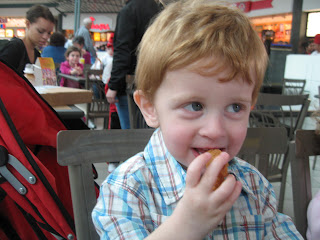 Cade was set on having a choo-choo party so we couldn't let our little guy down! We purchased some cute invitations at Hobby Lobby and ordered our cake to match from RJs. Picked up some balloons and borrowed a train table and wallah- a choo-choo party!

Here some pictures from the bash 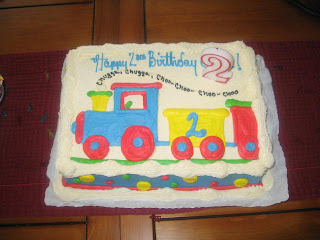 The favors were super cute- train hats and whistles from Oriental Trading. The funny thing was after I handed those out, one of the little boys asked me, Miss Tara don't you have any goody bags-- too cute!